One of the features of life in my post apocalyptic world that people may find strange is the communality of living, for example the public bath houses. I should stress that I am not a communist nor a kibbutznik and, in common with most modern westerners, live in my own space. The idea that people would use more communal facilities comes simply from the logic of resources and efficiency.

The example that figures strongly in Renaissance is the public bath houses. It is an idea I borrowed from ancient Rome but they were also common in medieval London too. A single furnace, and using steam rather than huge quantities of hot water, is very fuel efficient compared to many people having individual baths. It also provides a warm social space in what might be a fuel impoverished world. The nature of the readily available fuels, dominated by wood, also plays a part since such a heating system cannot be turned on and off easily as a gas or electric one can. Sharing the burden of maintaining the fire and the labour involved again makes a centralised system more efficient.

Collective living need not be limited to bathing. In a future story collective living in the form of ‘colleges’, very loosely modelled on those in Cambridge, will be an important setting. The idea would be that people would live in apartments contained within a larger building, sharing heating, cooking and eating spaces. Such arrangements, from monasteries, through the inns of court, to almshouses and the early universities were common in the medieval world. This shared space was driven by both a need for community and common purpose, and the efficiencies of scale that such places offered in a world that had limited available mechanical power.

My own experience of college life was entirely positive. Friends who have lived in something resembling it in shared housing also have found it welcoming. I think it likely that the many practical advantages of such a way of life would make it a realistic prospect in any future world that needed to maximise both energy efficiency and human bonds. 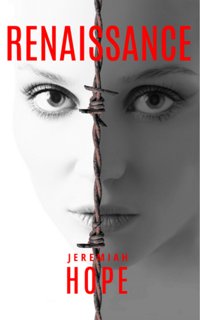